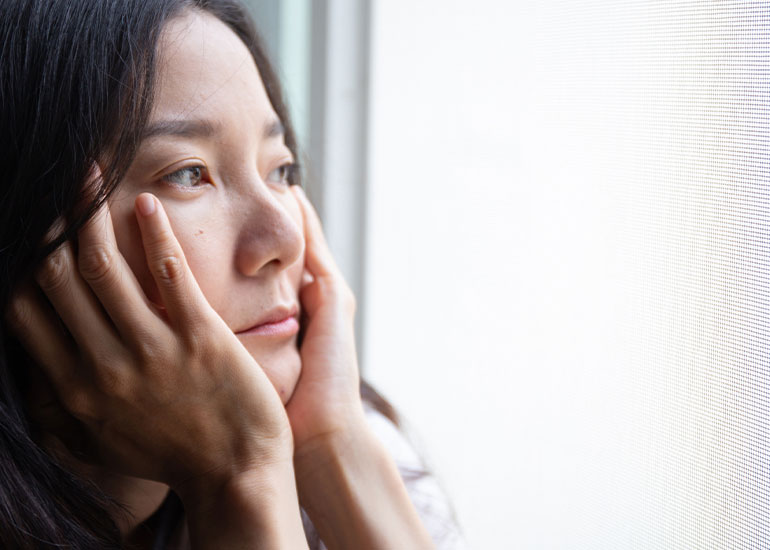 Is Anxiety a Habit? Talking with Dr. Judson Brewer

Posted by: Jenn Brown Judson Brewer, MD, is
Judson Brewer, MD, is a psychiatrist and internationally known expert in mindfulness training for addictions. He is the Director of Research and Innovation at the Mindfulness Center and associate professor in psychiatry at the School of Medicine at Brown University. Author of The Craving Mind, he also is a research affiliate at MIT.

1440: In your book The Craving Mind, you talk about things as habits that we wouldn't necessarily think of as habits, like love or anxiety. How are these things the same as a habit or an addiction?

Judson: In brain speak, the habit loop needs a trigger, a behavior, and a reward. With anxiety, there is something that pops up to trigger it, and that's often followed by a behavior like worry. When we start to worry, we feel like we have some control—we think our brains are going to fix it—so there is some small, temporary relief. Generally worrying just makes things worse, but maybe it worked out once before that we worried and it seemed to resolve something, so it's like playing the lottery. We think if we ruminate about something for the fourth or fifth time, we might come up with the answer. Our brains are really good at knowing how to think, but they're not that great at solving problems that don't have straightforward, predictable, and logical solutions. For example, they're not good at solving the problems that generally cause us anxiety, like politics or financial issues. But the tendency to worry when something makes us feel anxious becomes a habit unto itself.

1440: How can we disrupt this habit and shift away from being so anxious?

Judson: Unpredictability drives our brains crazy. If we're anxious, we can predict what will happen and how we'll feel if we keep worrying. But if I stop worrying, I'm in a space that's unfamiliar and uncomfortable. I'd rather go back into my safe space even though it's unpleasant. That's how much our brains are creatures of habit. The good news is if we understand how it works, we can actually hack that system through curiosity. When we become curious, we ask what it's like to not worry. We can hang out in that space and get comfortable with how weird it feels. The thinking brain will want to pull you back into worry, but curiosity is ultimately more powerful. Your thinking brain is nothing compared to your feeling body.

1440: How does this habit loop work with addiction?

Judson: In general with addictions, people blame the object of the addiction and try to change it. For example, with opioids it's, "Let's regulate opioids" and "Let's blame the evil opioid manufacturers." This is what the thinking brain does. And it's not wrong, the opioid manufacturers have clear culpability in the opioid epidemic for example. But our model is about moving away from the object and moving into the process.

I'll use an example of binge eating disorder. I have a patient who when she first came to me was at a very unhealthy weight. Her parents were survivors of genocide and her mom started abusing her emotionally when she was eight years old. My patient learned that if she ate food, she could numb herself from those unpleasant emotions. Fast forward 22 years and she was bingeing on entire large pizzas 20 out of 30 days a month. If you map this out with the habit loop, she had basically become addicted to bingeing. The trigger would be an unpleasant emotion, the behavior would be the binge, and the reward would be the brief relief that she got from her emotions as she numbed out. The next layer would be that she would beat herself up over bingeing and her brain would say, "I know what we do when we're feeling bad, we eat pizza." The key to breaking any addictive cycle is to change your relationship to what you're doing. This client was one of the first to work with a prototype of our Eat Right Now app. Over a year she brought mindfulness, kindness, and curiosity to this process she was doing every night. She lost 40 pounds and told us that she was so grateful to have gotten her life back. She said to me, "I can eat a single piece of pizza and enjoy it." That's fabulous. She doesn't need to avoid certain foods because she's gained mastery over the process, and changed how she relates to food.

1440: How does meditation help us with addiction?

Judson: Our data has found that informal mindfulness practices are actually more powerful than meditation for people who are just beginning. Meditation helps to train mindfulness, but we don't need meditation to learn to be mindful. We just need to pay attention. Our orbital frontal cortex doesn't change reward value (remember we're working with the trigger—behavior—reward process) unless it has accurate information, and we can only give it accurate information through awareness. That's how our brains learn, through sensory information. So that's really it. There's nothing more sophisticated than you need to give your brain accurate information as to how rewarding some behavior is, mental or physical. When you show it a behavior that's more rewarding than another, you'll begin to gravitate toward that new behavior. That's how the BBO (bigger, better offer) works. It's not about the thinking brain. It's about the feeling body.

Judson: What I mean by feeling body is when you eat three cookies, what does your stomach feel like? It also means when you eat three cookies and feel guilty, what are the feelings associated with guilt? There are thoughts associated with guilt, but there are also sensations. (That's one definition of emotion—thoughts plus sensations.) Mindfulness helps us actually feel what something feels like and because mindfulness and curiosity are free of judgment, they're more expansive than guilt. When you get curious and feel that curiosity feels better than guilt, you start to break down the habit loop.

1440: What is one mystery that hasn't been solved yet—in your field or otherwise—that you would really like to know the answer to?

Judson: What a great question! What I'm doing is putting modern-day language on what the Buddha discovered a long time ago—it's not anything new. I'm mapping the idea of reward-based learning, which was observed by B.F. Skinner in the early twentieth century, onto the Buddhist idea of dependent origination and using mindfulness-based practices to disrupt the habit loop. The solution to our suffering is right there in this framework. I think what remains a mystery is how to scale it. How do we get more people to wake up? What's it going to take to shake us out of our anger and reverie into equanimity and eudaimonia? People are killing themselves and each other with their habits. We're also killing our planet. We need to learn to become masters of ourselves, but our time is short. So I'd love to know how to get this to as many people as possible as quickly as we can.

This interview was conducted on behalf of 1440 Multiversity by Jenn Brown—a freelance writer, editor, producer, and educator.