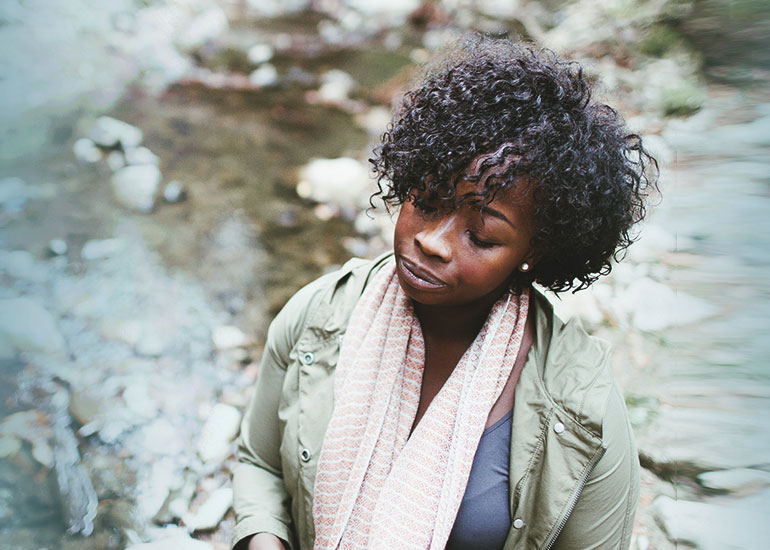 Martha Beck, PhD, grew up wanting to be an ecologist or a professor. However, after bearing three children while acquiring three Harvard degrees, Martha decided she'd rather just lie down for a few decades. During that time she became an author and life coach. Her books include, Expecting Adam, Leaving the Saints, Finding Your Own North Star, The Joy Diet, Steering by Starlight, Finding Your Way in a Wild New World, and her brand-new book, Diana, Herself: An Allegory of Awakening. Martha has been a columnist for O, The Oprah Magazine since its inception in 2001 and has been a contributing editor for several popular magazines, including Real Simple and Redbook.

Martha will be teaching Navigating the Storm: Finding Peace and Purpose in Uncertain Times from February 7 - 9, 2020 at 1440 Multiversity.

Martha Beck: Technically trauma is anything that is outside the range of normal human experience—something that most of us won't experience, like seeing someone blown up in an explosion. But you can also see the same effects, symptoms that are very similar to post-traumatic stress disorder (PTSD), in someone who has experienced something that pulls them away from their true self. I've seen people traumatized by being in educational environments that don't match their natural self or by a soulless job under florescent lights or by staying in a relationship with the wrong person. I've also been to Rwanda, and nothing I've ever seen holds a candle to what everyone there has lived through.

1440: How does someone know if they're suffering from trauma?

Martha Beck: Pretty much everyone has experienced trauma to some degree. Most people have forgotten, repressed, or minimized the amount of suffering they went through. You may forget the whole event or remember it but think it was not a big deal. But the symptoms will crop up and follow a fairly typical pattern, including nightmares, depression, and strong, inexplicably violent reactions to certain stimuli, which people call triggers.

Martha Beck: Luckily PTSD has a very positive prognosis. It's very treatable, very changeable, and that's great. To deal with it, you first find safety. You create sanctuary and then you get still. In the stillness your trauma comes up. It will work its way out of the unconscious into the conscious. Meditation was a key practice for me for getting still and letting things arise. When you meditate, you access a part of yourself called the compassionate witness. If you can access this part of the brain that is quiet and still, this is the witness that you most need. You also need other people. Nobody heals alone, so you find one or more compassionate witnesses to observe and to validate the suffering you've been through. That's all it really takes—to be heard maybe two or three times telling the story of your trauma to an empathic witness who really gets it. One good therapist can do it. You'll go through the grieving process—through a phase of remembering it and falling apart emotionally because all the feelings that you would have experienced during the trauma now surface—and you just compassionately watch. You'll be amazed that you heal the way cuts on the hand or foot heal. It's miraculous. Watching, waiting, and kindness—I've seen people get through the most horrific things that way.

1440: Is it the same approach for community-level trauma like you saw in Rwanda?

Martha Beck: In countries like Rwanda, which has seen such atrocities, there is no infrastructure. It can be hard to get much going in a place where people are just barely getting through the day emotionally and physically. There are no community centers or mental health providers or life coaches. One of the most exciting things that I've seen that can help in situations like this has been the work of David Berceli. He was a Catholic missionary doing trauma work in Lebanon in the 1980s when he experienced a bombing and noticed how everyone, no matter their background, reacted in the same physical way. He realized that if we have a universal physiological response to trauma, there must be a universal way to release it. He came up with a system called Tension & Trauma Releasing Exercises (TRE), which is a set of simple exercises that cause the body to involuntarily shake. It's the same idea as how animals heal by shaking after they've escaped a predator or had a fight, and it's remarkably effective. David can go into communities where he doesn't speak the language, where there is no infrastructure, and where nobody is ever going to see a therapist, and they shake together. It's really cool how people are creating and gravitating to these kinds of practices. I think we're rediscovering what I call ancient technologies of magic. I don't think these practices are "magical," but they connect back to more ancient shamanic approaches. We have completely vilified and eschewed things like this in our culture, but people from all points of the compass are using things like meditation and TRE to recover, and that's really exciting to me. This interview was conducted on behalf of 1440 Multiversity by Jenn Brown—a freelance writer, editor, producer, and educator.
X